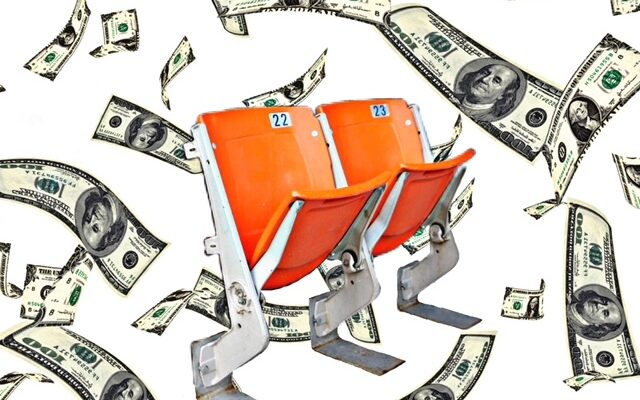 All one really needs to know is that the Scots invented curling. They also invented golf and are responsible for refining the Turkish invention of bagpipes. The Turks knew when to give up.

Oh, and the Scots use leftover sheep bladders as a conveyance for innards to create the renowned, yet mostly feared, haggis, a delicacy in a country that has yet to wholly appreciate a Big Mac. I forgive them because they also created Scotch, an adult beverage that is known to either solve or create all of life’s problems.

Speaking of alcohol and the Olympics…

When Daniel and I were in Indian Guides, a YMCA-sponsored father-son program that focused on the customs and practices of Hollywood’s idea of Native Americans, we went to winter camp in Big Bear, California. After talking about tomahawks and beaded footwear, the boys went to bed, guarded by one of the fathers, a lawyer who was more responsible than the rest us.

The irresponsible of us decided to drink just enough to inspire us to build a luge course on a downhill slope of considerable slope. Working in the moonlight, we created a course that twisted and turned. And as if that wasn’t cool enough, we found a couple lengths of garden hose to spray our creation. The water froze on contact.

The next morning, the excited little boys couldn’t wait to go sledding. After a horrible breakfast in the cantina, we made our way to the slope to show the boys just what alcohol could do. They were shaking with anticipation. The fathers were assessing what we had created, with some of us going so far as to say, “What were we thinking?”

The icy surface of our luge course glistened in the morning sun. One of the fathers, a Mormon who envied our drinking, finally volunteered to test the track. Sitting atop a red snow disc—a sled that has a mind of its own—he pushed himself off the starting point and was soon careening down the track at about 84 mph. At the bottom, he was vaulted off the course and crashed into a wooden fence. The crack! we heard could be one of two things: the fence or his back. Fortunately, it was the fence.

But back to curling, or ice shuffleboard.

Shuffling around on ice wearing what appears to be ballet slippers, the curlers, who, in the off-season, mop and polish floors, sweep a path for the rock, a puck-like thing about the size of a Fiat. For some reason, it has a handle.

The Olympian players all wear microphones clipped to the collars of their uniform shirts. Since most of the players are from Nordic countries or Canada, Americans are left to wonder if their commentary (Åh, jäklar) which translates into “oh shit, you sniveling turkey wattle,” is spoken to the rock, which by now must be somehow symbolic of something.

Although Jamaican bobsledding is the most preposterous of all winter Olympic sports, snowboarding is both the hippest and most insipid. Snowboarders—who eschew multi-colored, high tech clothing for pre-torn jeans or Magic Johnson’s discarded basketball shorts, woolen plaid shirts, and unrelenting attitude—compete on modified surfboards made from organic hemp that can be smoked after elimination from competition, provided their parents’ Grateful Dead records are played.

The winter Olympics and NASCAR have one thing in common: we watch them in hopes of a death-defying crash. A speed skater, for instance, in the final turn on his/her way to an easy Gold, loses it. We feel sorry, but actually are grateful that finally, after watching eight of them, each with one hand in a position to execute self-wedgies, they do something interesting in a contest that has lasted somewhere in the neighborhood of five hours.

Ski-jumping follows suit. Hell, anybody with the physique of Adonis and the agility of Gene Kelly can flip in mid-air a few times before gliding down a snowy embankment the size of Mount Everest to a perfect landing. It takes special talent to crash and be taken by an ambulance to an ER to see if any vital parts of the neck were broken or if the spleen—an organ whose very existence even medical science still regards as a mystery—may be in jeopardy. We know we don’t need the spleen—specifically—but if it bursts, we’re toast. What’s up with that?

And let’s not forget about ice dancing or whatever it’s called. Figure skating? Other than an 8, what figure can be skated? A 2? How’s about a 7? By now, we’ve seen all the quintuple axels we can stand. Let’s see one of those leotarded dancers fall squarely on their keisters while their partner looks on in disbelief and breaks into uncontrollable sobs as their Ice Capades futures disappear before their very eyes.

Failure is what we expect from competitive sports.

Today, for instance, 297.63 million Americans will interrupt the important activity of living their lives to watch the Los Angeles Rams meet the Cincinnati Bengals play in Super Bowl MCLDXVIII at the 80,000-seat SoFi Stadium in Los Angeles while gorging on snacks meeting 857% of the daily recommendation for salt intake. It’s also a very big day for avocados, unless you’re an avocado.

The Bengals last appeared as championship contenders at Super Bowl XVI, which is like 16 or something, in 1981. It was a close contest that could only be called a “nail-biter.” At halftime, the San Francisco 49ers were leading 20-0, but the Bengals fought their way back to a 20-7 loss.

But back to the matters at hand. Although an acronym, it’s anybody’s guess what the $6 billion SoFi means. That notwithstanding, the 2020-built gridiron, entertainment venue, hang-gliding site, 18-hole indoor golf course, and a 14,000-seat bingo parlor will be paid for with the receipts collected by the end of today’s competition. (For the most curious, at the latest count there are 1,430 toilets at SoFi, which will be desperately needed by those who see a case of Bud Light as a first-half challenge.)

The cheapest ticket for the two-and-a-half hour game, plus another three-hour, half-time rap festival featuring hip-hop poets who are not actual doctors, hover in the area of $6,498.35. The most expensive are the private, 24-seat sky boxes whose $350,000 price tags do not include tips, taxes, or parking. For a meager $2,000 more, limos can be redirected to pass through street-side homeless enclaves where passengers can express their scorn through tinted glass for those who haven’t eaten in three days.

But back to failure.

One team will lose, which roughly half of the fans expect. The other half will get to revel in the glory of victory, despite the fact that by Tuesday nobody but the losers will remember who even played. By week’s end, they too will have forgotten.

I’ll be watching the game today because every other television programmer has scheduled documentaries about the expected life-spans of sea snails, reruns of My Mother the Car, or non-stop Medicare Part C commercials by Joe Namath.

Perhaps I shouldn’t be so defeatist. I could read a book, or watch an Ingmar Bergman film. In Swedish.

Mash the avocados to your desired consistency. Stir in remaining ingredients. Enjoy!