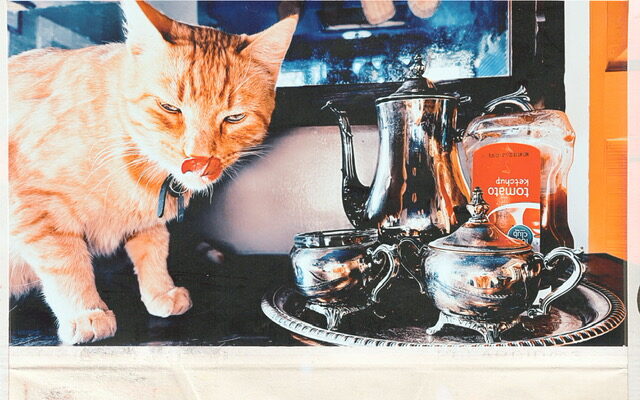 Although it’s perfectly fine with me to blame Trump for everything from our diminished stature on the world stage to the clogged sink we had the other day in our kitchen, it does seem that he has contributed greatly to the decline of simple decency in our interactions with each other.

There is no argument that the former president was (is) an ill-mannered boorish lout who demonstrated his frustrations with yelling matches and food fights he engaged with the walls of his private dining room. His lack of civility was matched by an ill-fitting wardrobe. Although I’ve never seen him dine, I can only imagine that his dietary choices might befit a man unsure of which fork to use at a formal dinner.

The golf course, in spite of all odds perhaps, is one of the last vestiges of gentlemanly behavior. “Etiquette,” a former golf pro answered when I asked him what I might teach about the sport to my young son. Etiquette, from all I’ve heard, eluded the former president as he routinely cheated his way around the links. The game of golf would demand an opponent to report a score, a lie, an infraction. These things the Donald did not do.

In a sense, Trump encouraged the bad behavior of his base and created for a segment of our society whose members felt comfortable in their expressions of racism and hatred.

Preceding him in this growing erosion of common decency was much of the world of sports television. Gone were the days of simple reportage and interviews, replaced by panels of loud-mouthed men whose reporting consisted of leveling criticism in uncomfortably loud voices. Halftime shows became scream fests.

Screaming and boorish behavior became the stock-in-trade of radio hosts like Rush Limbaugh and the recently disgraced Alex Jones. Both promoted far-right conspiracy theories in voices loud enough to convince their under-educated audiences of their veracity. Gentlemen, I should note, do not create sprays of spittle in common discourse.

Etiquette is defined as the “customary code of polite behavior in society or among members of a particular profession or group.” It is a code that is gradually refined as societies change. When Emily Post wrote her landmark book, Etiquette in Society, in Business, in Politics, and at Home in 1922, she could not have anticipated a culture that would one day bring telephones to the dining room table.

The Emily Post Institute has for 100 years monitored behavior among civilized people, offering new guidelines and changes in behavior—most notably in dining.

Table manners have evolved over centuries to make the practice of eating with others pleasant and sociable. With so many table manners to keep track, keep these basic, but oh-so-important, table manners in mind as you eat:
1. Chew with your mouth closed.
2. Keep your smartphone off the table and set to silent or vibrate. Wait to check calls and texts until you are finished with the meal and away from the table.
3. Hold utensils correctly. Don’t use your fork or spoon like a shovel or stab your food.
4. Wash up and come to the table clean. Don’t groom or attend to hygiene at the table.
5. Remember to use your napkin.
6. Wait until you’re done chewing to sip or swallow a drink.
7. Pace yourself with fellow diners. Cut only one piece of food at a time.
8. Avoid slouching and don’t place your elbows on the table while eating (though it is okay to prop your elbows on the table while conversing between courses, and always has been, even in Emily’s day).
9. Instead of reaching across the table for something, ask for it to be passed to you.
10. Bring your best self to the meal. Take part in the dinner conversation.

Geri and I enforced dining rules as our children were growing up. There’s nothing in this brief list from the institution bearing Mrs. Post’s name with which we would find any objection. Geri’s admonishments were frequently prefaced by the possibility of sharing a meal with the queen. It would be tantamount to sin to break one of the cardinal rules of dining in the presence of the queen.

When our 14-year-old grandson was reminded to remove his elbows from the table and put down his fork between bites, he countered that the chances of the queen dropping in for tea were pretty slim since she was dead.

This did not go over well. Although it was pretty damn funny, it was clearly a violation of rule #10.

Expressions of civility reflect our respect for others and reactions to situations.

It’s odd that in men’s fashion there is a growing sense of what one shirt designer calls “business casual.” I once worked for a marketing company. I rarely saw any clients and I mostly sat in a private office writing marketing things. It was rare that I even had any contact with my fellow workers. One day, instead of wearing a suit, I wore a blue blazer with chinos and a club tie. The president of the company passed me in the hallway and offered this comment: “Going sailing, are we?”

I wore suits for the rest of my tenure.

My parents insisted that my sister and I follow the standard rules of etiquette. My father became an officer and a gentleman during his 11-year stint in the U.S. Army. Some of the rules came under attack during the feminist movement when some women believed that any act of cordiality was an afront to their independence.

I disagree. I will continue to open doors for women (and men). I believe that dinner service should start with the hostess and then the dishes be passed to the right. I will hold a chair for anybody who might need assistance. And I hate seeing condiments in their packaging on the table.

What we need now is some advice about eating in one’s car.

One of the most celebrated French chefs, Joel Robuchon’s attention to detail is witnessed in this recipe for mashed potatoes. This is the way I like them.

1: Boil the potatoes in salty water for 25 minutes – keep the skins on and stop when tender.
2: Leave potatoes to cool before peeling the skins.
3: Rinse a saucepan but leave a small amount of water in the bottom. Add milk and slowly warm.
4: Run the peeled potatoes through a food mill on the smallest setting into a pan.
5: Heat the potatoes on a medium heat for around five minutes to remove excess moisture. You want to dry them out.
6: Turn the potatoes to a low heat and slowly start to add small cubes of the chilled butter as you stir. You have to stir the potatoes a lot and fast to give them a perfectly creamy consistency.
7: Once the butter is mixed well, add the warm milk and whip quickly and energetically to make them smooth.
8: Taste and season.