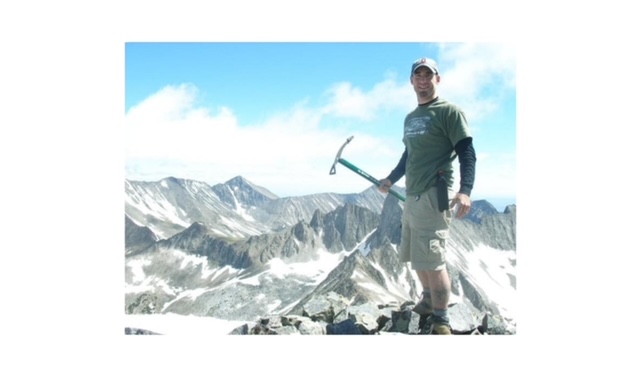 He and Jamie would come into the restaurant from time to time. There might have been private reasons that went beyond the cheesecake they would order, but they kept them private. A celebration of some kind, a memory from some small corner of their lives. There might have been a problem that a richly decadent confection could help them solve.

I first met Craig Clouatre when he was driving a truck for a Bozeman-based beverage distributor. He would bring in his delivery and place the beer and wines as close to the refrigerators and racks as he could, thereby saving me the trouble of schlepping the cases from the delivery door. He’d check the dates on the two domestic beers I offered, removing those bottles that had expired.

Craig was as cheerful a man as I have ever known. His smile was a constant feature on his young face. If he had bad moods, few would have known from his sunny demeanor.

We’d chat for a few moments on delivery days. This young man from Massachusetts spoke of the great outdoors with affection, noting the beauty of a peak he’d have scaled or the woods he’d have hiked through on a search for the peace and tranquility many find hidden in those places.

To my detriment, I have always been more of a passive observer of nature than an active participant, but I enjoyed and appreciated the brief accounts of his adventures. Living vicariously can be a boon to the spirit.

By happenstance, I ran into his boss one summer’s day. I regaled him with my admiration for his young driver—what a fantastic job I thought he was doing and how pleasant he was to deal with in the course of his work. “You need to give him a raise,” I implored. “You need to keep this guy on your team.”

I fully expected Craig’s smile to be even bigger at his next delivery. It wasn’t. And on the following date, it still wasn’t. I then asked if his boss had said anything about what I had told him. “No,” was his response. I filled him in on the story, suggesting that if his boss hadn’t passed on my compliments he was clearly not appreciated as the valuable employee I knew him to be. Through his smile, I sensed disappointment.

In mere weeks, I had helped secure Craig an interview with a commercial food distributor, Sysco, and had written a letter of recommendation. Craig got the job and soon he and his smile came to the back door with new products.

Our visits resumed after a brief break. We never talked about religion or politics. Such things didn’t matter. I assumed his politics had something to do with kindness, his religion with the natural world.

He and Jamie soon had a family—four beautiful kids—a handsome and loving family. Craig continued to drive truck, only not so long ago, I understand, he became a sales rep for a different food-service company. After I closed the restaurant, I would only see Craig behind the wheel of his truck, maneuvering the rig through the town’s streets and alleys. I missed our visits.

His family was torn asunder this past week when, while hunting shed in the Absaroka outback, he fell victim to a grizzly bear attack. He was just forty years old.

My heart breaks for his family.

I see a parallel between what the Clouatre family is being forced to endure with that of Ukrainian families. Their lives have simply come undone, their routines upset by helplessness, their wondering if everything will ever be normal again. Just two years ago Craig and his family lost their home to a fire.

Ukrainian families board the trains and buses to places unknown, their tearful goodbyes through windows that offer no view of a future. The young husbands and fathers stay behind, willing to sacrifice in ways different than those sacrifices parents routinely make for their children. Women stay back to fight, leaving parents and grandparents behind.

Craig devoted his life to his family. He worked to put food on the table and a roof over their heads. He played in the wilderness, scaled mountain peaks, and hiked in the toughest terrain.

I’m sure that his smile was as wide as it ever was when he said goodbye to his family that morning before his day’s adventure that would turn out to be his last.

Donations of cash or checks can be made to Craig Clouatre Family at American Bank. 120 N 2nd St, Livingston, MT. All monies with no fees taken will be given directly to Jamie. Compassionate Neighbors is facilitating this process.

Mix ingredients until smooth. Pour into crust and bake for 35 minutes at 350 degrees.