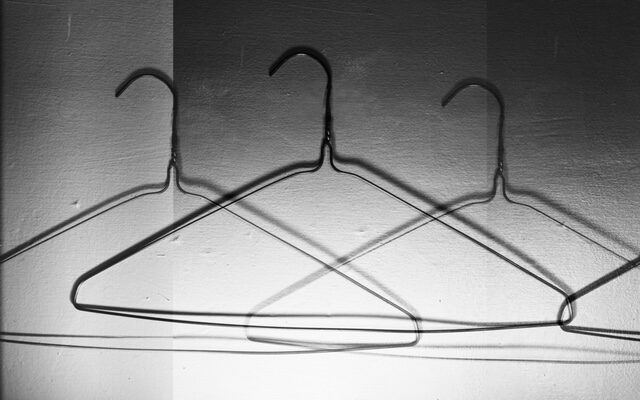 There were a few rules at my mother’s table. Napkin in your lap. No elbows on the table. Fork down between bites. No talking while chewing. No politics.

We were a family heavily invested in politics. Both of my parents grew up in the Depression and were New Deal Democrats. Their progressive beliefs were instilled in both my sister and me. While there was no shortage of politics to discuss and while we pretty much all held the same beliefs, my mother would take no chances at the table. She wanted to make sure that our digestion of dinner was not hindered by even the possibility of unpleasant discourse.

My mother, who was a bit lacking in the nurturing and cooking departments, was an independent woman who devoted much of her adult life as an advocate for women. Through her involvement in the AAUW (American Association of University Women), she helped pave the way for women to attain educational goals that had not that long before had been denied to women. Her work in AAUW resulted in a pair of endowed scholarships that annually provides advanced degree opportunities to two minority women in perpetuity.

The only child of a woman who had once taught in a one-room school, the endowment was her proudest achievement.

I couldn’t quite grasp the women’s liberation movement as it unfolded before my adolescent eyes. My mother was already everything that Gloria Steinem preached. As the names of Bella Abzug, Betty Friedan, and Myrlie Evers-Williams were liberally floated, my own political awareness grew to more greatly encompass the struggle of women post-suffrage.

The landmark legislation in the Voting Rights Act of 1965, signed into law by President Lyndon B. Johnson, aimed to overcome legal barriers at the state and local levels that prevented minorities to exercise rights put forth in the 15th Amendment. At that same time, women were generally prohibited from having a bank account in their own names. And it wasn’t until 1974 that the Equal Credit Opportunity Act (ECOA) prohibited credit card companies and other lenders from discriminating based on gender, religion, race or national origin.

By 1974, the Ukrainian-born Golda Meir had completed her five years as Israel’s fourth prime minister. In 1968, Shirley Chisholm was elected as the first black member of the U.S. Congress. And in 1973, the Supreme Court found in favor of protecting women’s reproductive rights in its landmark decision in Roe v. Wade.

Well before I had even a vague idea of what an abortion was, my mother let me know in no uncertain terms that being pro-choice was the right call.

Breaking her own table rules, my mother was indignant about the government’s interference in a woman’s private life. She thought it shouldn’t be a part of the political conversation.

It took us all by surprise as we placed our forks on our plates and stopped chewing. Clearly, there was no discussion to be had and we resumed eating, feeling as if we had been admonished for something nobody had ever questioned.

As a country that once found women to be the property of men, and their property to be held by their husbands, men have demonstrated a fierce reluctance to allowing women to participate in any aspect of the American experiment in democracy.

But laws have passed, and court decisions handed down that met with less and less male resistance as time went on. It’s been nearly fifty years since Roe v. Wade was decided. And late last month it became apparent that the decision will be overturned, returning any right to reproductive rights to individual states. Currently, twenty-six states are poised to make abortion a criminal offense for both providers and receivers.

The so-called pro-life forces don’t give a damn about life. Their movement, populated by the so-called Christian right, opposes universal health care, paid parental leave, free pre-school, childcare and any measure of gun control. They do, however, support private prisons and the death penalty. And they call pro-choice advocates “baby killers.”

But none of that matters as much as it does to understand that the anti-choice crowd has as its primary focus, the control of women.

The on-going arguments about the start of life have no bearing on the issue. The anti-choice folks use it as a smokescreen. If they’d read the bibles they are so willing to thump while shouting “murderer” at women entering a Planned Parenthood building, there are plenty of indications about when life begins—mostly suggesting on when a breath is first drawn.

Job 33:4 informs us that “The spirit of God has made me, and the breath of the Almighty gives me life.”

But again, that means nothing to the forces who would have women under their thumbs.

The majority (2 to 1) of Americans are in favor of keeping Roe v. Wade. Using that understanding, it is clear that Congress does not adhere to the notion of majority rule. If it did, Congress would accurately reflect its constituents and codify the Supreme Court’s 1973 ruling to assure that federal law would finally establish a woman’s reproductive rights.

A sane ruling would not favor the too-loud minority which, again, is only interested in gaining power over women.

The worst that could come of what is expected to transpire is that those anti-choice states are willing to sacrifice a woman’s well-being to backroom, illegal abortions. Overturning Roe v. Wade will not stop abortions, it will stop safe abortions.

As my mother, who made the choice to become a mother, once said back in a time when she couldn’t have a checking account in her name: “It’s nobody’s God damned business.”

This classic dish was a favorite of mine as a kid when we would eat at Jimmy’s Spaghetti House in Melrose Park, an Italian enclave just west of Chicago. I used to love going there and looking in the front window at the statue of a fat Italian chef holding a bowl of spaghetti as he slurped down a single strand from high overhead.

Heat the oil in a large skillet over medium-high heat. On a plate combine the flour, 1-1/2 teaspoons of the salt and pepper. Quickly dredge the chicken scallops in the seasoned flour mixture, shaking to remove any excess flour. When the oil is hot, add 1-1/2 tablespoons of the butter and cook the chicken until golden brown on both sides, about 1-2 minutes per side. Transfer to a plate and keep warm.

Deglaze the pan with wine and bring to a boil, scraping to the bottom of the pan. Reduce wine by half, add the stock, garlic, lemon juice and capers and cook for 5 minutes, or until the sauce has thickened slightly. Whisk in the remaining 1/2 teaspoon of salt, butter and chopped parsley.

When the butter has melted, return the chicken scallops to the pan and cook until heated through and the sauce has thickened, about 1 minute. Plate, garnish with parsley sprigs and serve immediately.